Ever felt like you wanted to do something different…
Something challenging?

Well that was me a few weeks ago. Trouble was, I didn’t know what. I needed inspiration!

If ever the power of TV advertising was in doubt, it was after a chance viewing of the ‘Race for Life’ ad that it all clicked into place. This was exactly what I was looking for.

Admittedly I was bit nervous, not really knowing what to expect, but it looked like a fun thing to do and a challenge that would be good for me, whilst hopefully benefitting others too.

I considered a solo mission but it felt like a shame not to get others to join me, and for such a good cause. Let’s face it, we’ve all been touched in some shape or form by this dreadful disease.

That settled, I needed some recruits…

Being part of the Graphitas team I wondered if the other girls would join me and was really pleased when Lacy, Connie and Samantha willingly agreed. It was decided that we would do the 5k race and see how much we could raise. Of course being girlies we do like to dress up so decided on a black and pink theme, and we couldn’t resist the tutu’s! Although I tried not to dwell on this too much…a woman of 55 in a tutu….well it was in aid of a good cause and any excuse will do for me.

The day finally arrived when a somewhat excited foursome gathered to make their way to the start line! Here we were. Dressed up, our race numbers proudly pinned on, joining what can only be described as an army of women dressed in a variety of outfits in varying shades of pink.

The atmosphere was quite intoxicating and the excitement was rising as the time fast approached to start our race. By this point the runners numbered 3000, with possibly as many supporters. Race organisers kept the buzz going and had us joining in Zumba workouts to warm up, which was great fun even if somewhat restrictive given the sheer number of participants.

And we were off!

As we jostled for our positions in the madding crowd it felt good to be part of something so big and totally awesome running with all these women and girls for a common cause! When you see young girls still wearing their chemo scarves running alongside their family members it really did bring it home how we all need to come together to support one another. Heartfelt messages pinned to the backs of many of the runners illustrated just how many people have been affected by this awful illness. At the same time it also showed how many people have beaten it too. The feeling as we raced around the course with people shouting words of encouragement at us was quite amazing and crossing the finish line greeted by my team members was awesome! Sam and Connie completed their race in 36 minutes. Sam was totally focused and determined to jog all the way keeping Connie going boot camp style with shouts of encouragement ‘come on Connie we can do this’! She has now earned the loveable badge of ‘Sergeant George’!

I won’t say it was a doddle (as jogging/running has never been my forte) but with a combined effort of jogging and power walking with my team member Lacy, we managed to complete the course in just over 40 minutes and it felt great to be part of achieving something. It was exciting and completely worthwhile, aching legs and all.

The support that we received was amazing and we raised in excess of £450, which made the day even more memorable.

And it won’t stop there. We all want to do more.

This is Lynne@graphitas signing off till next time! 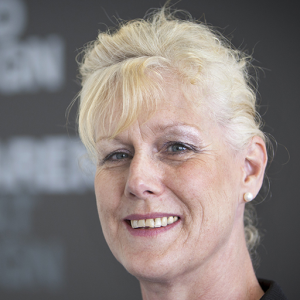