DO NOT READ!! – This will not interest you…

Being told NOT to do something can pretty much guarantee that you’ll get the urge to want to do it! How many times have you seen that “Please, DO NOT TOUCH” sign & thought “I want, no NEED, to touch this!”. That urge then takes over, you touch it & are banned from the zoo!

But this isn’t the place for that story!

It’s simple psychology that makes us want to rebel against the most basic orders, truth is, no one likes being told what they can & can’t do. The same is true with marketing, audiences are now mostly aware when they are being “sold” something & don’t want to buy into the idea that they can be manipulated into purchasing your products. After all, the reason we all make purchases, is because it’s our own choice… right?

Like a worm on a hook, bait was used to land the big fish. The more luring the bait was, the bigger the potential prize. This technique was soon called “click bait” but it wasn’t long before the fish got wise!

Advertisers have had to get smart with how they trick ( yes TRICK ) you to engage with their content. This started when content creators, marketers & advertisers would find a loose hook to get you to engage with their content… For the most part, the title/image was irrelevant to the story ( or very loosely related ) in an attempt to catch you. Like a worm on a hook, bait was used to land the big fish. The more luring the bait was, the bigger the potential prize. This technique was soon called “click bait” but it wasn’t long before the fish got wise!

No one likes adverts, they get in the way of what we are trying to interact with & if there’s a way we can skip them, then you know that we are going to! Be it print or video, adverts waste our time!

Huston, we’ve got a problem… or do we?

The great thing about situations like this is that everyone has to get better & find new ways to engage with an audience! Take the John Lewis Christmas advert, it has become part of the Christmas holiday period. It’s a scheduled event where TV shows will compete to get this advert during there ad slot rather then the advertiser having to bid for the preferred air time. There’s even adverts to say when the advert will be! They’ve made you get excited about watching a TV advert…. You now enjoy BEING SOLD TOO, genius ( and really expensive ).

BUT what can we do to stop audiences just brushing over our content/adverts? Enter the technique known as PATTERN INTERRUPT. Seeing something break our normal expected patten sparks that raw animal intrigue we have ( it’s why everyone loves cat videos )!

Pattern interrupts have been used in different ways for years. The “hello boys” wonder bra advert is a perfect example. You looked, because, you’re not normally allowed to look… The pattern of what is socially acceptable to do, was broken. The advert worked, everyone looked/engaged, boom, success ( also, sex sells, always has and likely always will ).

Now you know what it is, how should you use it? Great question, let me explain. How many of you just scroll down through your Facebook feed, glossing over videos as they autoplay, not interested? We ALL do it! With Facebook registering 3sec as a trackable metric we can easily see the difference between 3sec & 10sec video engagement. No one has engaged with something for under 3sec to have a lasting impact at a conscious or subconscious level effectively BUT we now know our window to try hook them in, 3 seconds, we just need the bait.

The first 3 seconds of any video needs to stand out, engage, tempt, tease, provoke, do all it can to keep the user from scrolling past. Once you’ve got them to stop, double take or even scroll back up, you’ve landed your fish. It really does work & here’s the proof. A recent Facebook campaign was getting low video engagement. The break down was:

After we put in a 3 second video lead in, with a simple countdown to our FREE content the 3 & 10 second views went up! Everyone wanted to see what would happen after the countdown. Such a simple mechanic, but effective. I’ll let you decide which one used the patten interrupt technique… hint, it spent less for more engagement.

The great news is it’s not just in the visual creative where we can use this technique. Headlines, copy and even blog titles can be used to hook your audience in… I mean for most people this works, not you though, you read this through your own free will 😉

Elliott is a creative designer with a passion for motion & an understanding in all things UX. Outside of work you'll either find him in the gym lifting as much weight as possible! or at home playing one the many boardgames he has in his collection! 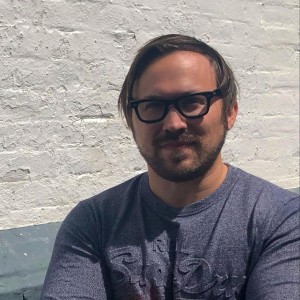